Prafulla Samantara, the recipient from Asia of this year’s Goldman Environmental Prize or Green Nobel, announced to donate the entire prize money for environment safety and development of tribals of Niyamgiri hills.

Samantara, 67, had led a historic 12-year legal battle that affirmed the indigenous Dongria Kondh’s land rights and protected the Niyamgiri hills from a massive, open-pit aluminium-ore mine to be constructed by Vedanta Resources.

Prafulla Samantara won the prestigious Goldman Environmental Prize in a glittering ceremony held in San Francisco on the 24th of April. He’ll get 1,75,000 dollar as prize money, which is equivalent to 1 crore 19 lakh in Indian Rupees.

“My appeal to the present government of India under the leadership of Narendra Modi… is that it should rethink his corporate-friendly policy (and change) to people- and environmental-friendly developmental policies in the interest of equity and justice for the common people of our country,” Samantara told IANS from San Francisco after receiving the honour. 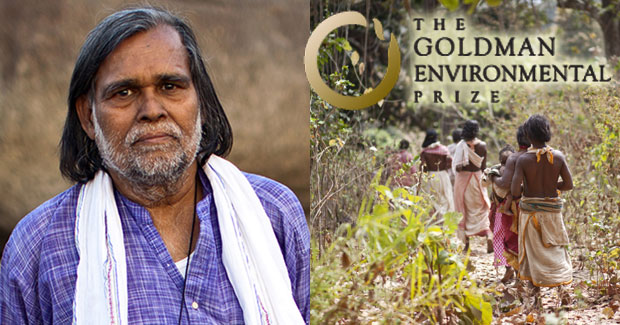