The AICC decision is in line with the party’s new found emphasis on youth.

Earlier AICC in Odisha incharge Subhankar Sarkar informed that new PCC chief name will be announced on Monday. He said a youth leader will be the new President.

After being named PCC Chief, Harichandan said he would take all sections within the Congress along and rebuild the party from the grassroots level.

Harichandan was elected MLA from the Satyabadi constituency four times and had been a minister in the Odisha government and the party’s chief whip in the Assembly in the past. 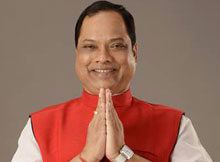 Prasad Harichandan, however, lost the last Assembly election from the same constituency.