From a little-known composer at an opera to becoming Odisha film industry’s top-notch music director, the musical journey of Anand has definitely been an eventful one.

Prem Anand also has the tag of being one of the very few music directors of the state to have composed music for a Bollywood film. 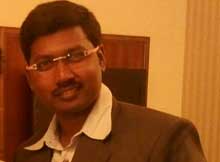 “I do not want this craze to get into my head. I want to concentrate on my music and only music as I am very much aware that even a single mediocre composition will pull me down,” said the musician.

Inspired by musicians such as Prafulla Kar, Akshaya Mohanty, Balakrishna Das and Saroj Pattanaik, Anand wants to follow in the legends’ footsteps.