The Parliament passed an anti-corruption Bill that provides punishment for giving bribes, along with taking bribes, and extends prior nod for prosecution to former public officials with the Lok Sabha giving its assent to the law.

Moving the Prevention of Corruption (Amendment) Bill for passage in the Lower House, Minister of State in the Prime Minister’s Office Jitendra Singh said its aim was to enhance transparency and accountability of the government and also to make the provisions under the law stringent.

It took a long time, but finally, the government seems to have taken a concrete step against corruption. After a long deliberation, Lok Sabha has cleared the Prevention of Corruption (Amendment) Bill, 2018 , which will enhance the punishment for corruption by public servants and those who might wish to bribe them.

The Bill has raised the punishment for those found guilty of taking and giving bribes, and expanded the definition of “undue advantage” to include everything other than legal remuneration.

It has also increased punishment for bribe givers by defining giving of bribe – so far viewed as abetment – as a direct offence on a par with “taking of bribe”.

ALSO READ: Parents can take back property gifted to a son if he ill-treats them 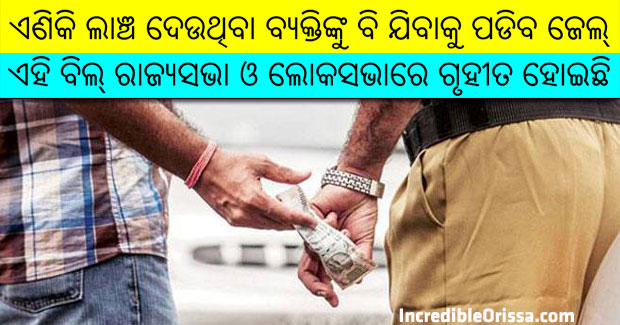