An 8-ft long python underwent CT scan for treatment at a private clinic in Bhubaneswar on the advice of dedicated doctors of the Veterinary Department of the Odisha University of Agriculture and Technology (OUAT).

It was for the first time in India the CT scan was conducted on a python that weighs 5 kg.

The reptile was brought to OUAT’s veterinary department under critical condition after it was rescued from Barang forest under Anandpur range in Keonjhar district two days ago. It had sustained serious injury on its head.

In the first phase, the python underwent manual x-ray but the injury was not detected. Later, the doctors conducted digital x-ray on the reptile to see internal injury in brain.

The python will undergo further treatment after CT scan. 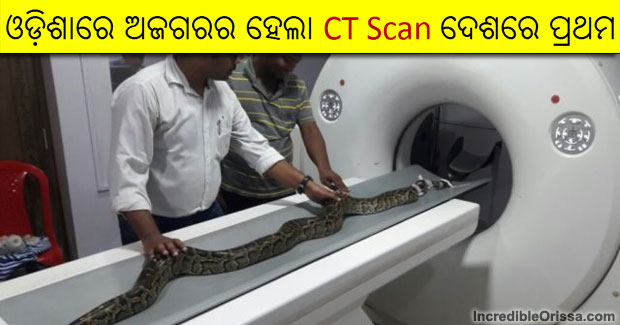