Rabi Narayan Mishra of Odisha has been promoted as the executive director (ED) of the Reserve Bank of India (RBI).

The development came since the ED post was lying vacant after Rosemary Sebastian’s retirement.

Mishra was principal chief general manager of the bank’s risk management department. As ED, Mishra would be looking after the newly-created specialized supervisory and regulatory cadre within the RBI.

The creation of the cadre was decided at the central board meet in Chennai on May 21. The other departments that Mishra will be supervising include cooperative banks and the non-banking financial companies, sources said.

The central bank has 12 EDs, including the chief financial officers. Five chief general managers have been selected to be promoted for the position of ED, as these fall vacant in the year. Mishra’s appointment was the first of those five. 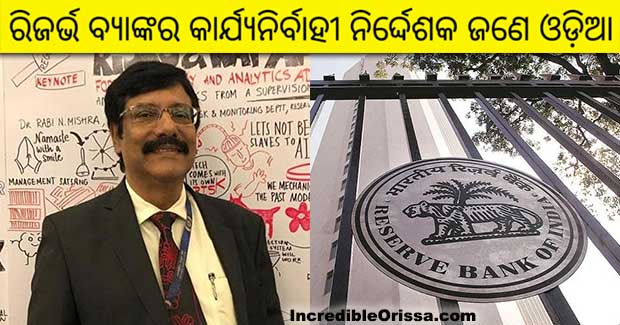