The ‘Raghunath Besha’, one of the rarest Beshas of Lord Jagannath, will be held at Srimandir in Odisha’s Puri after 115 years in 2020. Lord Jagannath along with siblings Lord Balabhadra and Goddess Subhadra will be adorned with precious jewelleries.

The Raghunath Besha has been conducted nine times in the last 500 years. It was last held in 1905 when a sea number of devotees had flocked the pilgrim city to see the rare sight of Lord Jagannath. 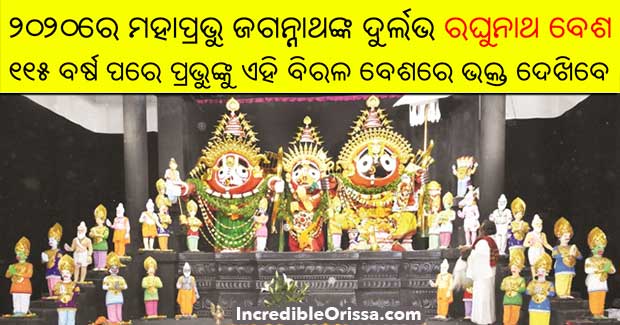