The Railway Budget 2014 presented by minister Sadananda Gowda in the Parliament today has allocated Rs 1424.98 crore to Odisha against the demand of Rs 3,160 crore for strengthening and expanding rail infrastructure in the 2014-15 financial year.

However, the allocation is higher comparison to previous year’s allocation 868.83 crore in 2013-14.

Odisha chief minister Naveen Patnaik’s reaction to the Union Rail budget was uncharacteristically subdued as he avoided criticism and merely underlined a few reservations, while expressing hope that the Railway Ministry will address the state’s issues and demands in the near future.

Odisha’s BJD MP and party’s spokesperson Baijayant Panda was harshly critical of the rail budget. Terming the rail budget as ‘quite shocking’ and ‘illogical’, he said no emphasis was given on the development of the areas that generated huge amount of revenue from freight services.

The Railway Budget for 2014-15 has announced 4 new trains for Odisha against the state’s pre-Budget demand for introduction of 31 new trains.

The Budget has extended 11 trains out of which one train, Howrah-Beldah MEMU (mainline electric multiple unit) has been extended to Jaleswar.

Among the ongoing rail links, the Budget has announced Rs 100 crore each for Khurda Road-Bolangir, Angul-Duburi-Sukinda Road and Talcher-Bimalagarh rail links while the Paradip-Haridaspur project has been allocated Rs 187 crore.

The Budget has earmarked Rs 2 crore for wagon factory at Sitalapalli in Ganjam district. 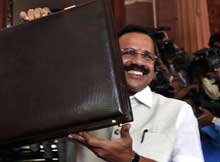 Among fresh surveys for 18 new railway lines sanctioned in the Budget, there is proposal for one new line in Odisha, offering rail connectivity to iron ore mines between Nayagarh and Banspani.

Odisha’s Astaranga port project in Puri district has been included under the Sagarmala project – intended for providing rail connectivity to sea ports in the country.