Rest of the districts will be covered very shortly. Similarly, the VOLVO buses will help in inter-state commute. It will ferry passengers between Bhubaneswar to Kolkata in West Bengal and Paradip to Vijayawada in Andhra Pradesh.

The buses will come laced with features such as free wi-fi, CCTV, mobile charging including GPS tracking. Drinking water bottles will be served onboard. The tickets for Rajdhani Express can be booked online and through Mobile app on smart phones. 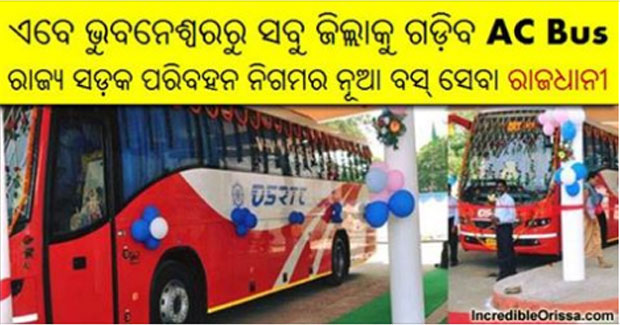