NDA presidential candidate Ram Nath Kovind will visit Odisha on July 14 to meet MPs and MLAs from the state. During his daylong visit, Kovind will drum up support for himself ahead of the July 17 election.

Sources said Kovind, chief minister Naveen Patnaik, BJD vice-president Surya Narayan Patro and several senior leaders will address the BJD MPs and MLAs as a part of electioneering for the presidential polls. The venue for the meeting is likely to be the BJD’s office here. Kovind will meet BJP legislators at the saffron party’s office.

The BJD has already announced support for Ram Nath Kovind. “As announced by party chief Naveen Patnaik, all BJD lawmakers will vote for him. The party has taken a stand. All of us will abide by it,” BJD spokesperson Amar Prasad Satpathy said.

Congress whip Tara Prasad Bahinipati had earlier this week said there could be cross-voting by BJD members. Dismissing this, Amar said Congress members were more likely to cross-vote because of continued infighting.

UPA meeting of UPA presidential candidate Meira Kumar with Congress lawmakers scheduled on July 3 was, however, cancelled. The date of the UPA candidate’s visit to Odisha is yet to be finalised.

ALSO READ: Kalinga International Sports City to be set up in Bhubaneswar 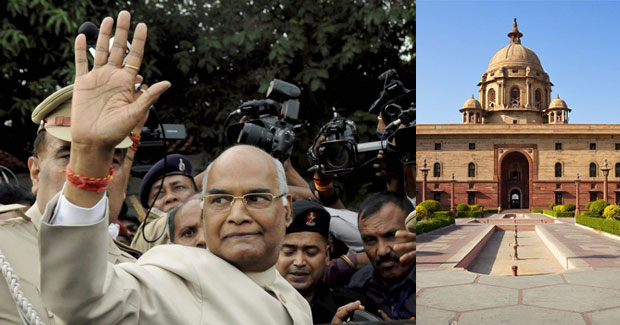