Rama Naga from Odisha has been elected as the general secretary of the Jawaharlal Nehru University students’ union (JNUSU) polls, the results of which were declared today.

According to reports, Rama Naga, a native of Jeypore in Koraput district was a candidate of the left-backed All India Students Association (AISA). He defeated ABVP’s Devendra Singh Rajput.

Rama completed his bachelor’s degree in Political Science from Vikram Dev (Autonomous) College, Jeypore before moving to JNU to do his M. Phil.

Rama Naga expressed hope and confidence that he would be able to do a lot of things for the University as well as the welfare of the students. 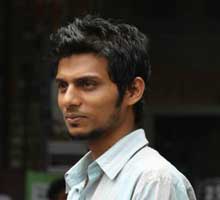 ALSO READ: 10 interesting and amazing facts about the Jagannath Temple in Puri