Zambian singer Nannah Charis released a cover version of ‘Rangabati’ song, which is a popular folk song in the Sambalpuri dialect of Odia language. This cover is inspired by Sona Mohapatra’s coke studio version.

“The beats of this song mesmerises the hearts of people, and one cannot resist tapping his feet to the tunes of its melody. This is a small gesture of respect for the culture, and traditions that Sambalpur celebrates, in the voice of Nannah Charis,” wrote Lens O Focus on YouTube channel.

The original song was recorded for All India Radio in 1970s and became widely popular at a time when transmission was limited to coastal districts and few sub stations in western odisha.

In 1979/80 it became first song of India broadcasted in BBC London and VOA America. Most of the credit goes to the melodious music (written by Mitrabhanu Gauntia, composed by Prabhudatta Pradhan and sung by Jitendra Haripal & Krishna Patel) and use of folk instruments (dhol, nishan, jhanj and muhuri) which gave an instant flavour of Odia roots and identity. 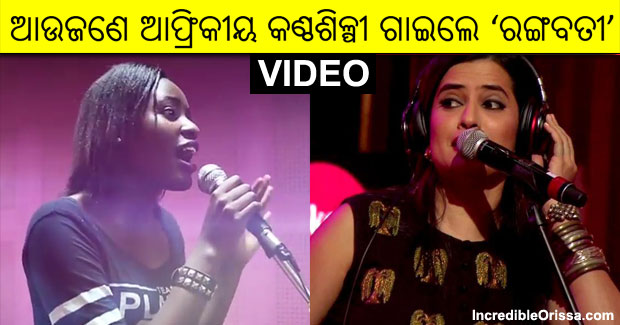