Rangabati remix version which has gone viral on the internet, has run into a legal tangle after the lyricist and composer of the cult song filed a defamation suit for Rs 1 crore against those involved in the reproduction of the song without permission and in violation of copyright.

Supreme Court lawyer Sagar Pradhan, who sent the notices on behalf of Pradhan and Gauntia, said it is a clear case of infringement of Copyright Act 1957.

“It has hurt the feelings of not just me and others involved with the song, but the people of the entire Odisha. Several words were pronounced in a wrong way in the remix. No one has the right to fiddle with folk traditions and culture,” said Jitendra Haripal, who shot into national and even international fame for his rendition of the song.

Mitrabhanu Gauntia said the way ‘Ranga’ has been used in place of ‘Rangabati’, it totally changed meaning of the song. While Ranga means the third gender, Rangabati is used to describe a beautiful girl, he said.

“The remix has completely deformed and twisted the original song and it is simply unacceptable. They have shown complete disrespect to our culture. In any remix, attempt should be made to take the original work to new heights not downgrade it,” said Prabhudatta Pradhan. 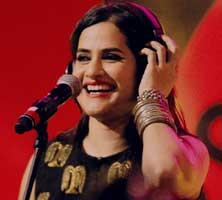 Telecast of remix version of Sambalpuri folk song ‘Rangabati’ on Coke Studio programme of MTV on Sunday even after legal notices were issued, has left the copyright owners of the original song shocked.

12 Comments
Improve your male potency and fight back the premature ejaculation. With the help of tadalis-reviews.com you will have your healthy sexual life back in no time. Order it with Priligy online and forget about premature ejaculation once and for all.
Copyright © 2022 Incredible Orissa.
error: Content is protected !!