Audience at Kalinga Stadium witnessed Sambalpuri cult song ‘Rangabati’ by noted singer and composer Shankar Mahadevan at the opening ceremony of the 22nd Asian Athletics Championships on July 5 in Bhubaneswar.

Original team of ‘Rangabati’ also shared the stage with Shankar during the ceremony. They are singers Jitendra Haripal and Krishna Patel, lyricist Mitrabhanu Gountia and music director Prabhudutta Pradhan.

The central arena of the Kalinga Stadium turned into a big stage with four slanting screens which showed, along with three other such screens round the stadium, showed everything from world famous sand artist Sudarshan’s works to Konark temple to ancient king Kahravela to other famous monuments.

Perhaps the best performance of the evening was three astronauts performing skywalk below three giant balloons in the midst of an array of laser lights.

Earlier, athletes of 44 participating countries took part in the march past at the beginning of the ceremony. Expectedly, the large Indian contingent, which came last, received the most applause from the crowd which filled the 10,000 capacity Kalinga Stadium. 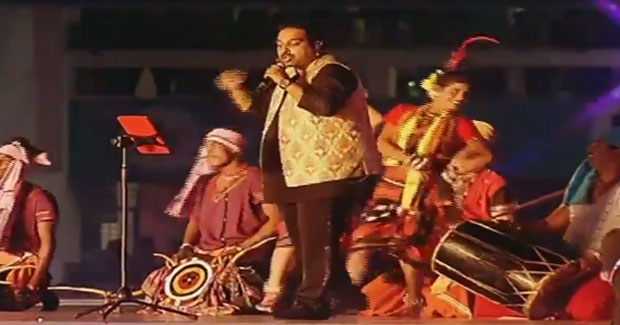