In this full video, Sona Mohapatra is singing Rangabati part and Rituraj Mohanty is singing Bande Utkala Janani at last. Some Tamil rap also added by Rajesh-Tony in this awesome performance. 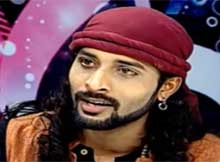 Watch the full episode on MTV channel, which will be telecasted on 5th July (Sunday) at 8 pm.

Thank you very much Rituraj Mohanty, Sona Mohapatra and Ram Sampath for this mind-blowing effort to present music of Odisha on national platform.

63 Comments
Improve your male potency and fight back the premature ejaculation. With the help of tadalis-reviews.com you will have your healthy sexual life back in no time. Order it with Priligy online and forget about premature ejaculation once and for all.
Copyright © 2022 Incredible Orissa.
error: Content is protected !!