In this rare video, you will see Biju Patnaik, one of the great leader of Odisha was talking about his love for motherland Odisha state and why we are poor after so many years of independence.

Biju Babu is considered as a pioneer of the industrial growth of Odisha and established a string of industries in mission. He set up the Kalinga Tubes, the first modern Textiles Mills at Choudwar, Orissa, the first Refrigerator factory at Jobra, Cuttack and a low shaft furnace at Barbil.

In 1951, he established the Kalinga Prize for the Popularization of Science and entrusted the responsibility to the UNESCO.

He died in New Delhi on April 17, 1997 of cardio-respiratory failure. In 1992, Biju Patnaik left this quote for the people of Odisha:

“In my dream of the 21st century for the State, I would have young men and women who put the interest of the State before them. They will have pride in themselves, confidence in themselves. They will not be at anybody’s mercy, except their own selves. By their brains, intelligence and capacity, they will recapture the history of Kalinga.” 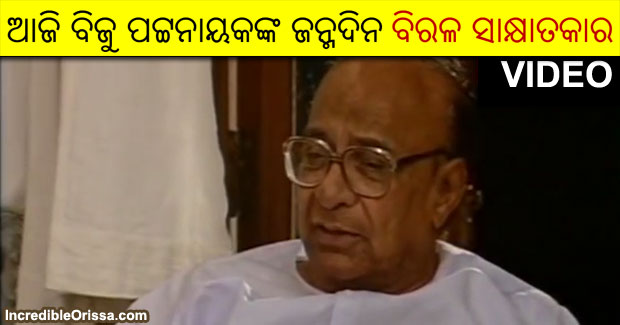