Odisha celebrates seventh ‘Rasagola Dibasa’ on 12th July 2022 (Tuesday). It is a day dedicated to Rasagolas.

Rasagola Dibasa was proposed to celebrate Rasagolas by sharing Odisha’s Rasagola story & glory. The world needs to be informed that Odisha is the birthplace of the Rasagola. Odisha’s rich & ancient culture & heritage & Niladri Bije of Ratha Jatra has the Rasagola connection. 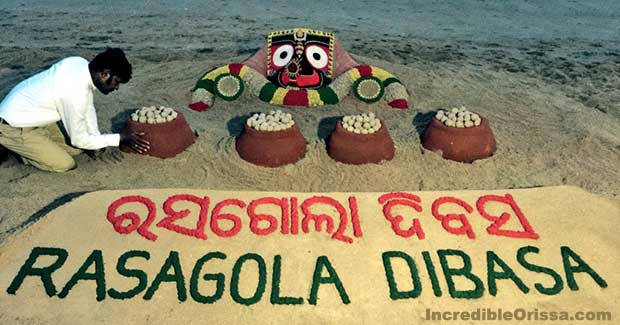 Niladri Bije is a centuries-old Puri Temple custom and the ritual of Lord Jagannath associated with the Ratha Jatra. It marks the entry of the Gods to the Temple after their trip to their aunt’s place. Rasagola works its magic to open the Temple’s gate for Lord Jagannath.

On this last day of the Ratha Jatra, Lord Jagannath is permitted to enter the Temple premises only after he offers Rasagolas to his wife, Goddess Lakshmi, to appease her for the slight of leaving her behind in the temple.

People throughout the state consider the Rasagolas prepared by the Kar brothers, the descendants of a local confectioner, Bikalananda Kar, in the town of Salepur, near Cuttack to be the best. Today this rasgulla famously named Bikali Kar Rasgulla is sold all over Odisha. Another variant of this dish that is made in the town of Pahal, located between the cities of Bhubaneswar and Cuttack, is also very popular.

Happy Rasagola Dibasa to all. Remember now every year it will be celebrated on Niladri Bije.