While around 10 lakh footfall was registered in Puri for the annual Rath Yatra today, devotees of Indian and Japanese origin too celebrated the car festival in Japan.

The Odisha Community Japan (OCJ) together with their sponsors and patrons celebrated the 2017 Rath Yatra at Kawasaki today. and During the event, a 3-meter tall chariot was pulled by participants on a road near Kawasaki station.

The devotees celebrated the car festival with much fanfare amid hymns on the streets of Tokyo. Watch the video here. 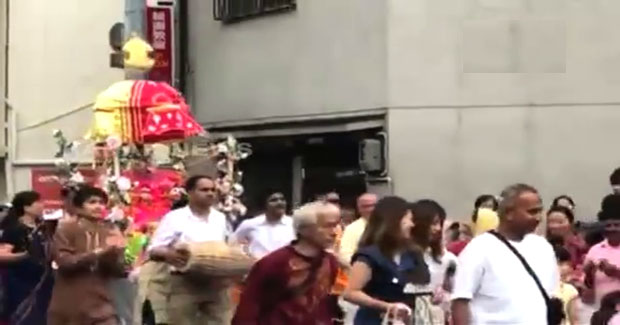