Security has been tightened in and around pilgrim town of Puri, where around 50 lakh devotees are expected to witness the Rath Yatra of Lord Jagannath today.

The annual yatra, which will commence from the Puri temple, will conclude at Shree Gundicha temple, covering nearly 2.5 km distance.

The administration has made arrangement of free bus service from the newly-constructed Malatipur bus terminus to carry pilgrims to the town, while the Railways ministry has announced running of 216 special trains to ferry passengers from across the country.

While a steady stream of tourists is pouring in, city hotels in Puri are already booked. There are about 500 hotels, 200 lodges, and about 100 ashrams and dharamshalas in Puri.

Besides, the administration has set up 33 Nabakalebara villages (tourist shelters) across the town to accommodate tourists.

Odisha government has also deployed over 10,000 policemen for crowd management and to thwart any possible terror-incident.

A five-layered security cordon has been put in place in Puri while over 200 closed-circuit television (CCTV) cameras have been installed to keep a close vigil on the tourists’ movement in the city.

Chief Minister Naveen Patnaik has deputed four ministers and an army of bureaucrats to supervise the smooth functioning of the festival.

The deities will have a nine-day sojourn at the Gundicha temple. And, they return to Shree Mandir only after completion of the nine-day Yatra on the same chariots called ‘Bahuda Yatra’ (return car festival).

The Nabakalebar festival, which started on March 29, will conclude on July 27 after the Suna Besha on the chariots itself.

Japanese devotees keep their promise to attend the rath yatra festival every year and once again they are busy with preparations for their mini car festival in Puri.

They are ready with their colourful mini chariots that will house replicas of the sibling deities and will be pulled on Sunday coinciding with the main festival. 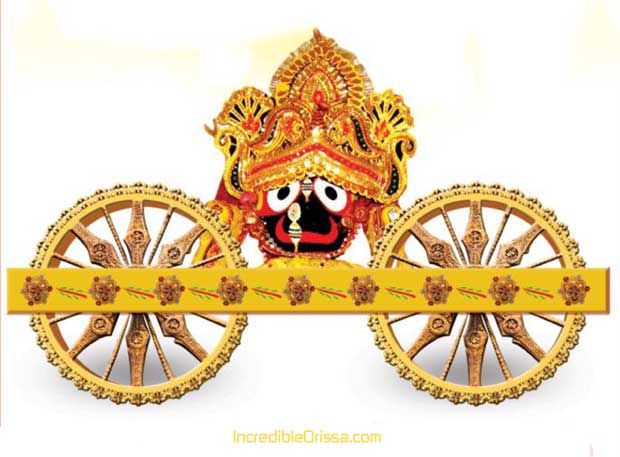 Rath falls on Saturday this time giving many a scope to watch the event coverage peacefully on television. However, those missing out on rath yatra coverage on their TV sets can always opt for live streaming that many websites of Odisha, including the tourism department, and others such as www.incredibleorissa.com are offering.

Various other websites of spiritual devotional throughout India and abroad, too, are showcasing live footage of the rath yatra proceedings.