Rath Yatra of Lord Jagannath and his divine siblings is no more restricted to Odisha’s Puri. The annual festival has even crossed the ‘Line of Control’ to reach neighboring country Pakistan.

Hindus in large number are seen walking on the Rattan Talao Akber Road, where the sibling deities were taken in a ‘Palinki’. ‘Hari Bol’ and ‘Jai Jagannath’ along with bhajans were heard throughout the procession.

Strict security arrangements had been made by officials to maintain law and order. ISKCON Pakistan has been celebrating Rath Yatra in the country since 2015 and they report that more than 500 members of the Hindu community attend the festival there.

In its only ‘one-of-its-kind’ event, our neigbouring country, Pakistan has celebrated its first Rath Yatra at ISKCON Pakistan on August 9, 2015 at Swami Narayan Temple Campus, Karachi, Pakistan. 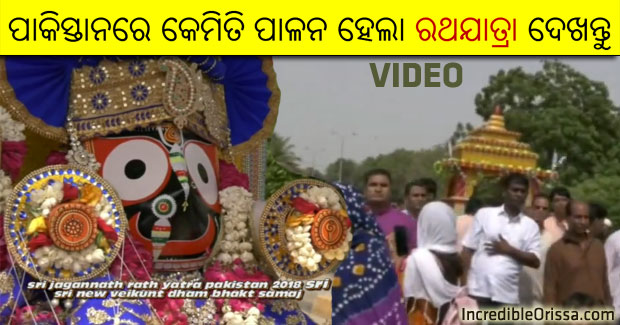