You can watch the world-famous Rath Yatra 2023 of Sri Jagannath, Lord Balabhadra, and Devi Subhadra from Puri Badadanda here. In 2023, Rath Yatra will be celebrated on 20 June (Tuesday). This annual festival is celebrated on Ashadh Shukla Dwitiya.

Three richly decorated chariots, resembling temple structures, are pulled through the streets of Puri called Badadanda. This commemorates the annual journey of Lord Jagannath, Lord Balabhadra, and their sister Subhadra to their aunt’s temple, the Gundicha Temple which is situated at a distance of 2 km from their temple.

They remain there for nine days. Then the deities of Rath Jatra return to Puri Jagannath temple. The return journey of Puri Jagannath Ratha Yatra is known as Bahuda Jatra.

This is the only day when devotees who are not allowed on the temple premises, such as non-Hindus and foreigners, can get a glimpse of the deities.

The festival is also known as Gundicha Jatra, Ghosa Jatra, Navadina Yatra, Dasavatara Yatra, and by a variety of other names. 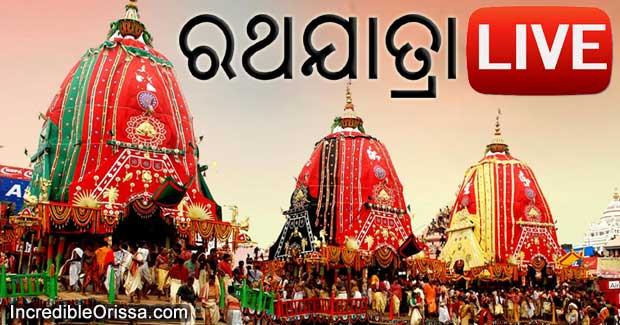 12 Comments
Improve your male potency and fight back the premature ejaculation. With the help of tadalis-reviews.com you will have your healthy sexual life back in no time. Order it with Priligy online and forget about premature ejaculation once and for all.
Copyright © 2023 Incredible Orissa.
error: Content is protected !!