The Orissa High Court directed that the Ratna Bhandar (storehouse of the deities’ ornaments) of the Shree Jagannath Temple in Puri would be inspected on March 26 and 27. As per official records, Puri Srimandir’s ‘Ratna Bhandar’ was opened last time in 1984.

The Archaeological Survey of India (ASI), the Temple Managing Committee and the amicus curie would jointly inspect the Ratna Bhandar and report to the court whether the storehouse needs any repair.

Earlier, temple Chief Administrator Pradeep Kumar Jena had informed the court that the newly-formed managing committee in its meeting held on March 20 has decided for an urgent inspection of the Ratna Bhandar as the storehouse located adjacent to the prayer hall and the sanctum sanctorum was last inspected almost 34 years ago way back in 1984. Precious jewellery and ornaments of the deities are kept here in at least four rooms.

“We want that all gold and other ornaments should not be taken out of the ‘Ratna Bhandar.’ All the repair works should be taken up under strict security measures,” senior servitor Krushna Khuntia said.

Earlier, hundreds of Jagannath Sena activists took to streets in front of the Singhadwara of Srimandir in protest of the decision of the temple authority to open the Ratna Bhandar and cited the move as an attempt to explore the treasure in the name of inspection. 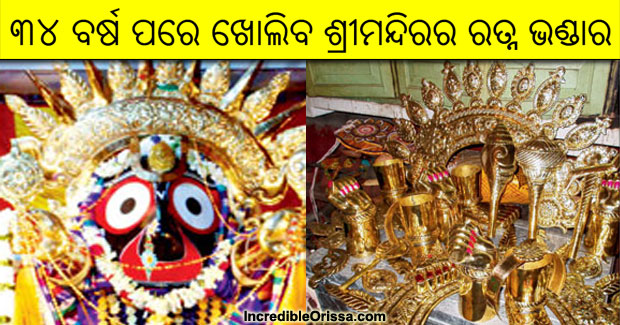