N Ravi Kaumar of Odisha’s Koraput participated in Kaun Banega Crorepati show hosted by megastar Amitabh Bachchan. His madness for KBC saw him go home with Rs 25 lakh from the show on Thursday.

KBC is one of the most popular reality show on television. The show has been able to keep their audiences glued to the screen with interesting questions and Big B’s fun moment with the contestants.

On 18th October episode, Ravi Kumar is sitting on the hot seat opposite the mega star. He says a line which not only impresses the audience but also Amitabh Bachchan.

He says, Gyaan hi dilaata hai aapko aapko adhikaar”. Since 2000, Ravi was trying his luck in the KBC show but got selected in a reputed firm due to his General Knowledge as he scored 100 marks.

The short preview clip shown on Sony TV’s Twitter handle, tells the story of Ravi ji’s father as how he wanted this son to participate and play the game. It is also shown that Mr. Ravi portrays a great sense of humor, wit, and knowledge reaching the sum amount of Rs. 50 Lakh. 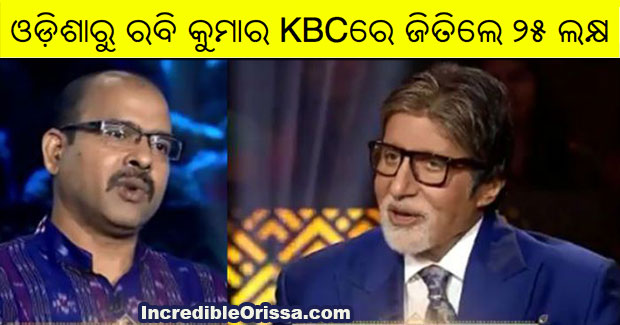