Did you know that Bollywood music director Ravindra Jain has given music in one Odia film? Yes, he has composed music of Prashanta Nanda directed Odia movie ‘Ja Devi Sarva Bhuteshu’.

The veteran music composer and lyricist passed away today at Lilavati Hospital in Bandra, Mumbai. He has composed music and written lyrics for over 150 films.

He was a notable Hindi music composer and lyricist who started out in the early 70s. In a career spanning over four decades, he worked with many big banners. 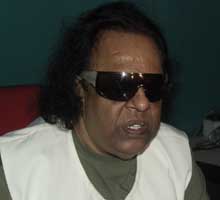 With the death of legendary music director Ravindra Jain, music enthusiasts across the country are mourning the loss of the music maestro.