The Regional Museum of Natural History (RMNH) in Bhubaneswar will soon become the first museum in the country to generate 199.4 kilo volt (KV) electricity through its green energy production plant (GEPP).

According to a report published on Orissa Post, the solar panels, which have been installed on the RMNH rooftops with an area of around 3,000 sq ft, will start functioning soon.

Informing about the initiative, Gourav, a scientist at RMNH, said, “With the installation GEPP, the RMNH has become the first museum in the country that will generate 199.4 KV electricity from within its campus. The museum needs around 260 KV electricity to function. The installation of solar panels will help reduce the burden of electricity bill as around 60 per cent of power will be supplied to the museum through the GEPP.”

According to RMNH authorities, the solar rooftop project was developed by Amplus Energy Solutions Private Limited under 50MW Rooftop Grid connected scheme of CPWD. “RMNH has not spent a single penny for installing solar panels. The panels were installed by Amplus. We have only allotted them the space. We will pay them a minimal amount for the electricity supply for 25 years and thereafter the panels will become the property of the museum,” he said.

Informing about other plans of RMNH, Gourav said, “We are also planning to start a vermicompost facility wherein biodegradable waste produced form the museum will be converted into compost. The project may be launched by the end of June. This apart we will train children about preparation of vermicompost and green energy. We may also launch a special unit for making vermin wash.”

“We have decided to reduce the use of plastics to keep the museum campus clean and green. We are now focusing on the use of biodegradable products,” he said. 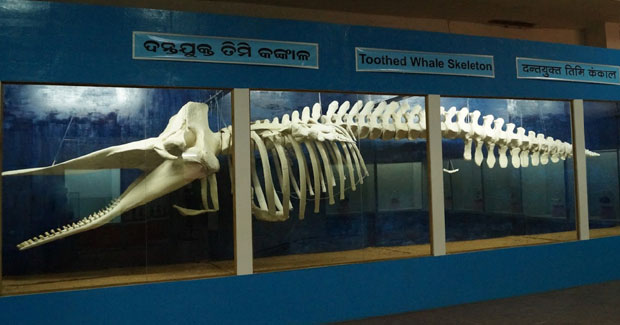