Research scholar on Jagannath cult and traditions Asit Mohanty yesterday submitted evidence to the state government regarding existence of Rasagola in Odisha before 1500 AD.

He presented a 27-page research paper and a 100-page document comprising of 75 points to Science & Technology Minister Pradeep Panigrahi raising hope for the much coveted geographical indication (GI) tag of Rasagola.

“The department will examine the report and take appropriate steps soon to present the evidence before the Government of India in order to create an identity of Rasagola having its origin from Odisha,” Minister said.

“Odisha will definitely get the GI tag of rasagola as the West Bengal government hasn’t applied for the same due to lack of concrete evidence to support their claims,” Asit Mohanty said.

Last year Odisha government had formed three committees to take the battle with West Bengal over the origin of the rasagola. After the committees failed to gather sufficient evidence in favour of Odisha, the government left showing enthusiasm in the GI tag race.

However, hopes re-emerged after Asit Mohanty came up with solid evidences in media. He had claimed of rasagola being cited in ‘Dandee Ramayana’, the Odia adaptation of the Valmiki Ramayana by sage poet Balarama Das, the eldest of the Panchasakhas in the 15th century.

Further, Dandee Ramayana has featured in World e-Book of 1921 published by Calcutta University which has mention of rasagola’s association with traditions and practices associated with Lord Jagannath, Mohanty had claimed.

Comedy: Rasagola battle between an Odia and Bengali 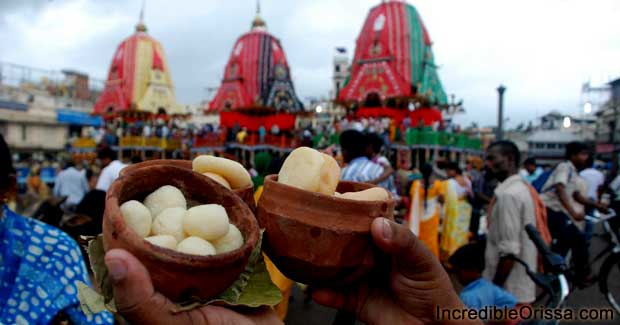