Boka saul is a paddy variety grown in parts of lower Assam. Those who know about this special variety of “soft” rice, swear by it. And those who do not – well, the geographical indication (GI) tag, which has just been bestowed upon it by the Government of India’ Intellectual Property India (IPI) body, should do the job.

Back in the 17th century, it was the fuel for the Ahom soliders fighting the Mughal army. Today, it’s fuel for the hundreds of farmers who toil in the fields of Assam everyday, for whom it’s become a staple. The urban populace hasn’t really caught on yet.

“But they should. Boka saul requires zero fuel. The rice does not need to be cooked!” says Hemanta Baishya, founder-Member of Lotus Progressive Centre, one of the two organisations who applied for the patent in 2016. “Just soak the rice in (cold) water for one hour, and it swells up like a charm. Mix it with curd, jaggery and banana, and it’s ready to eat. It will sort you for the whole day,” says Baishya, adding that the higher grade boka saul swells up in fifteen minutes flat.

While the “zero-fuel requirement” rates high on its unique quotient, boka saul — usually sowed in June and harvested in December — is highly nutritious. It has 10.73 per cent fibre content and 6.8 per cent protein, according to a study by the Guwahati University’s Biotechnology department.

“It also cools down the body and is ‘default organic’. Even if you aid it with chemical fertilisers, it just will not respond — the crop will collapse!” says Baishya. The rice can work well as a “disaster management” food as well as supplement for soldiers in high-altitude frontier areas.

ALSO READ: Ethanol plant in Odisha’s Bargarh at an investment of Rs 747 crore 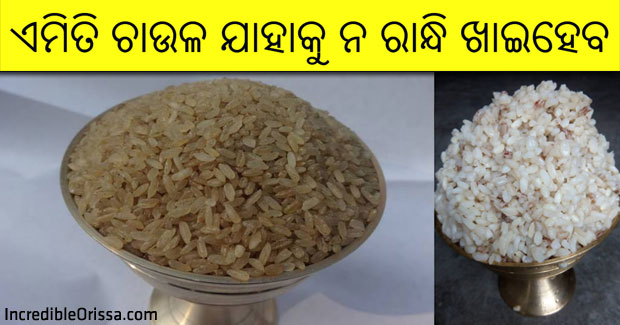 Home > Odia News > The rice that needs no cooking is highly nutritious, gets GI tag now