Odisha singer Rituraj walked away with cash prize of Rs 50 lakhs, Maruthi Swift car and a trophy by beating other finalists Darshan Raval and Mohit Gaur.

Rituraj at one point thought that he would lose the title to some other contestant. But his hard work and his diligence has got the level where audiences voted frantically for him so much so that the man went on win the title. 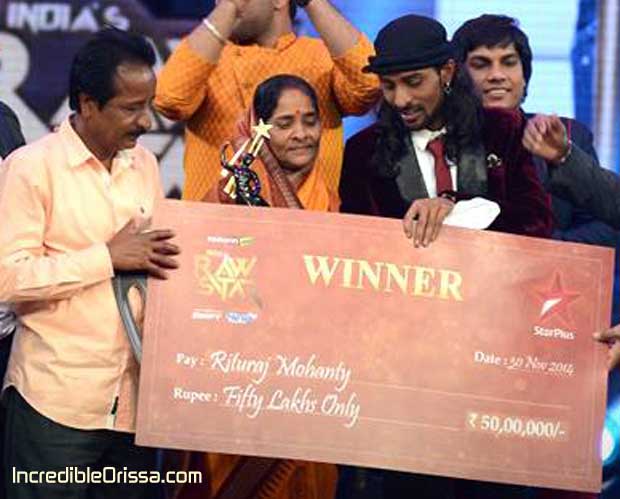 Earlier in the evening Rituraj stretched his vocal chords to magical effects. He sang with Kailash Kher to mesmerize the audiences with his hatke voice.

The Star Plus musical reality TV show, India’s Raw Star, which went on air on 24 August, has been produced by Gajendra Singh under the banner of Saaibaba Telefilms.

Initially, singer-rapper Yo Yo Honey Singh was the mentor for the performers, but Himesh Reshammiya replaced him after he left it mid-way due to his injury.

Congratulation Rituraj Mohanty on becoming India’s first Raw Star! We all Odia are proud of you.