The Odisha Government on Friday declared Steel City Rourkela as a Municipal Corporation. State Urban Development Department has made a formal announcement to this effect.

While the urban body has a total of 33 wards at present, the administration soon would do a detailed survey to delimit wards and create more as the city population is increasing and new geographical areas being added to the urban body, Urban Development Department sources said. 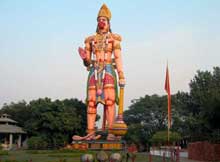