Check how gracefully a Russian dancer Angelina Ukhanova from Rostov-on-Don performed ‘Dalkhai’, the most popular folk dance of Western Odisha in this video.

Eleonora Ukhanova and Angelina Ukhanova, mother and daughter from Russia, founded an Indian classical dance group and named it “Nataraja”. Both perform various Indian dance forms including Odissi and Bharatanatyam.

It is known as Dalkhai because in the beginning and end of every stanza the word is used as an address to a girlfriend. Mainly the theme of this dance is Radha and Krishna, Ramayana, Mahabharata, etc.

It is performed in various festivals such as Bhaijiuntia, Phagun Puni, Nuakhai, etc. This is mostly danced by young women of Binjhal, Kuda, Mirdha, Sama and some other tribes of Sambalpur, Balangir, Sundargarh, Bargarh, Nuapada and Kalahandi districts.

Watch and share the video with others! People should know that foreigners are attracted to our dance forms, but we are not. We should try to publicise our incredible dance forms worldwide. 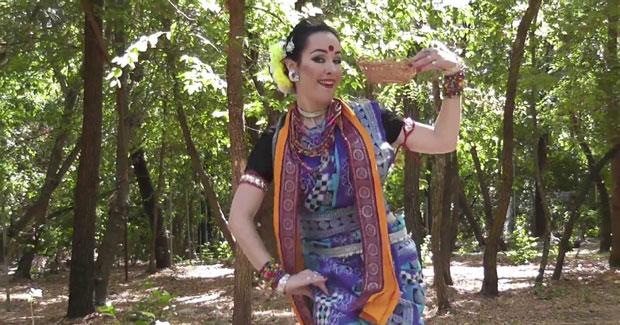