Russian girls danced to the tune of Sambalpuri beats at the ‘India Day’ celebration in Moscow. Elena Knyazeva & Group performed it beautifully.

The Indian community in Moscow, with support from the Russian Ministry of Culture, Moscow’s Department of Culture and the Indian Embassy’s Jawaharlal Nehru Cultural Centre, celebrated ‘India Day,’ for the third consecutive year.

WATCH: French girls dancing on ‘Dalkhai re’ in Paris

On the eve of India’s 70th Independence Day, the ‘India Day’ celebrations held on Sunday, August 14 at the Sokolniki Park, for 12 hours from 10:00 in the morning. There was a grand concert, while various activities, exhibitions and workshops conducted through the day.

The highlights of the ‘India Day’ celebrations this year was the enactment of a traditional Indian Hindu wedding, where visitors witnessed a wedding conducted by observing true Vedic conventions. A ‘Rath Yatra’, or ‘Chariot journey’, in the centuries old Indian tradition, was also featured in the celebrations. 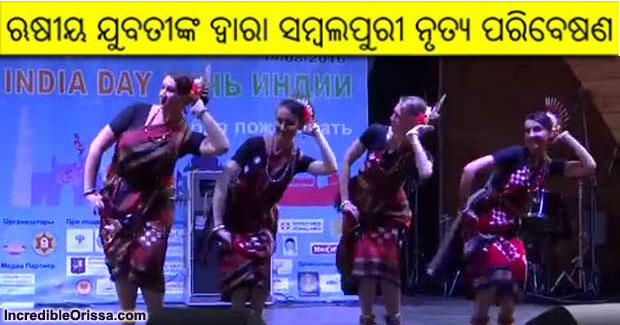