The two-hour long film is about an 11-year-old boy who is inspired by freedom fighter and former chief minister of Odisha, Biju Patnaik. The protagonist is named after this legendary leader whose legends about his adventurous pursuits have inspired many people. The child then takes steps to learn about child rights and help others.

The movie features children from slums and government-run schools who had never been exposed to filmmaking earlier. Snehal Sujal Mohanty and Subhangi Panda play the lead roles in the film along with other kids.

Young and talented team of ‘Sabas Biju’ met Chief Minister Naveen Patnaik on the eve of its screening. The CM saw the promo of the children’s film and lauded child protagonist Snehal Sujal Mohanty and writer-director Santosh Panda. 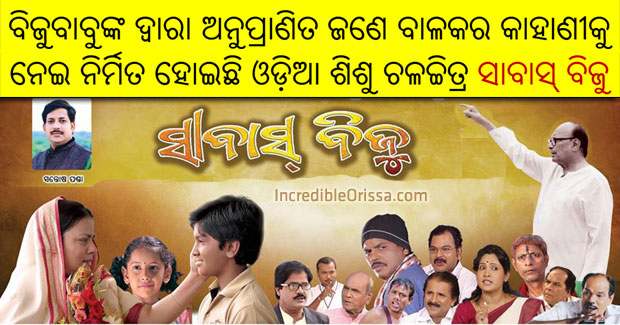