The cricket legend took to Twitter to confirm his visit to Odisha tomorrow. In his tweet, the former Indian cricketer also praised Chief Minister Naveen Patnaik and Hockey India for the world class arrangements for the world cup.

Heartwarming to see the entire nation supporting the Men's #HockeyWorldCup2018. Congrats @Naveen_Odisha @TheHockeyIndia for the world class arrangements. To extend my support, I’ll be coming to the spectacular Kalinga Stadium tomorrow. See you there! @sports_odisha @FIH_Hockey pic.twitter.com/HZyZlH6iL0

Earlier, cricketers like Virender Sehwag and Anil Kumble visited the State to watch the hockey world cup. Meanwhile, top four teams of the world Australia, Belgium, England and Netherlands will lock horns today to book a place in the finals of the on-going world cup. 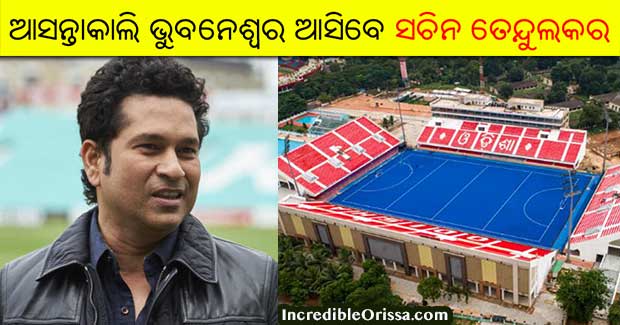