After directing Sala Budha and Aadim Vichar, director Sabyasachi Mohapatra is all set to make another sequel which is tentatively titled as ‘Sala Budha Ra Badla’.

This Sambalpuri film is based on a story of Odisha tribals penned by his father Kapileswar Prasad Mohapatra (Sahitya Akademi award winner).

In fact, Sala Budha had received awards in seven categories at the 25th State Odia Film Awards last year. “Sala Budha was appreciated by all and that inspired me to make a sequel. I believe the audience will love this film too,” Sabyasachi said. 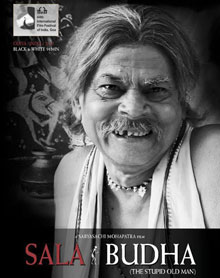 Sala Budha Ra Badla odia movie revolves around a 44-year-old tribal man, who seeks to avenge the torment he suffers at the hands of a few persons. According to the director, the methods he adopts to take revenge are sure to keep the audience hooked to the film.

Atal Bihari Panda, who played the protagonist in Sabyasachi’s previous flicks, will played the lead in this film too. “People have loved Atal’s acting in the past and I believe he can do magic again,” the director said.

Adding that the script was ready, Sabyasachi Mohapatra said the Sala Budha Ra Badla would go on the floors soon. The film will have five songs, all with a tribal flavour.