Race 3 trailer spoof, made by a group of youngsters from Odisha’s Talcher, has caught the attention of none other than Bollywood’s Bhaijaan, Salman Khan. The group had uploaded the video to YouTube on May 26.

To their good luck, Salman happened to come across the video. He seemed to be fascinated by its humour so much that he insisted on screening the entire spoof video during the launch of the reality game show ‘Dus ka Dum’ on Sony Television.

Laughing uncontrollably throughout while watching the video, Salman said, “I saw this on the way here in the car, today. Somebody sent it to me. I have died laughing. Some kids from Odisha have made this. How sweet? Hats off to them. This is amazing!”

The video has had more than 10 lakh views within just five days since it was uploaded. This spoof video was actually uploaded on the YouTube channel called Odisha’s Youngsters Entertainment TV – ‘OYE TV’ by some young students and jobholders from Talcher city.

After the success of the video, the group is now planning to do another video thanking Salman Khan. 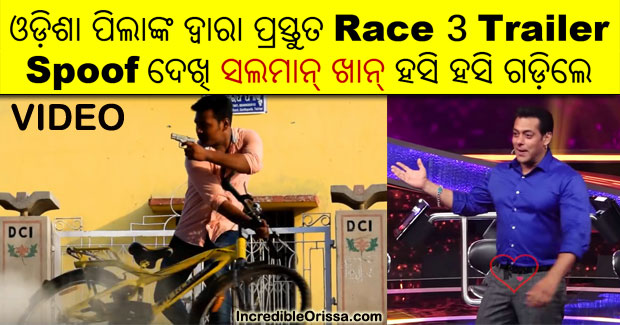