Sambit Patra is one of the few eloquent, widely read and commanding speakers, who as the official spokesperson of BJP, defends and pushes Modi Government’s agendas to the public. Dr Patra, hailing originally from Odisha, has made New Delhi his own from where he operates in the tectonic and actively whirlwind view of the BJP.

Sambit Patra is born in Dhanbad, Jharkhand. He was a brilliant student from schooling days, apart from being a powerful orator. He has done schooling from famous Chinmaya Vidyalaya, Bokaro. He was, in fact, quite close to Chinmayananda Saraswati, the founder of this school.

He did his MBBS from VSS Medical College and Hospital, Burla, Sambalpur, Odisha in 1997. Patra is a Surgeon and holds his Master of Surgery (MS) in General Surgery from SCB Medical College, Cuttack, Utkal University in 2002. He qualified UPSC Combined Medical Services in 2003 and joined Hindu Rao Hospital as a Medical Officer.

While working at the Hospital, he started an NGO named Swaraj in 2006. This NGO was about improving the health and education standards of dalits and adivasis, particularly in the state of Odisha and Chhatisgarh. He used to take whirlwind tours to rural hinterlands and was appalled to see the plight of poor people of India.

He resigned from Hindu Rao Hospital in 2011. He had also fought MCD election on BJP ticket from Kashmere Gate in 2012, but lost the election. However, that didn’t lower his image in the party and he has seen only meteoric rise without any ‘political godfather’.

Very soon, BJP recognised his potential and he was inducted into the Central Committee of the Party representing the state of Odisha. He was made spokesperson in 2011 and was instrumental in presenting the views of the BJP on various scams and scandals unleashed by the UPA Government, like 2G and Coal Allocation Scam, among others. 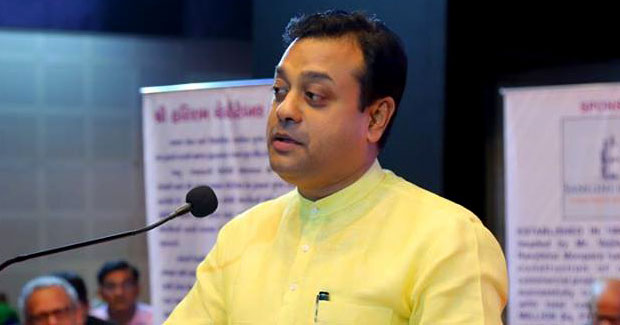