Speaking about the unique campaigning technique used by him to connect with the sizeable Telugu Population in Puri, he tweeted the video:

Puri has a sizeable Telugu Population as well. While Campaigning amidst them sang a famous Telugu number on demand. The frenzy in the crowd was palpable, don’t believe ? A must watch! Lots of love to my adorable Telugu friends. @BJP4Odisha #IndiaBoleModiDobara #SambitPatra4Puri pic.twitter.com/ULI8xJdnhU

The Puri Lok Sabha constituency is all set to witness a contest between spokespersons of parties. While Sambit Patra is BJP’s national spokesperson, Congress has fielded its Odisha unit media cell chairman Satyaprakash Nayak. BJD’s sitting MP Pinaki Mishra, who’s seeking re-election this time- is also the spokesman of the regional party.

Recently, Sambit Patra was in headlines after he was seen holding an idol of Lord Jagannath during a campaign rally in the state. A complaint was filed with the Election Commission against him for violating the Model Code of Conduct.

The BJD and Naveen Patnaik have been ruling over Odisha for close to two decades. The state was largely untouched by the Modi wave of 2014. But Patra told Republic TV that Odisha in 2019 was different from what it was in 2014. 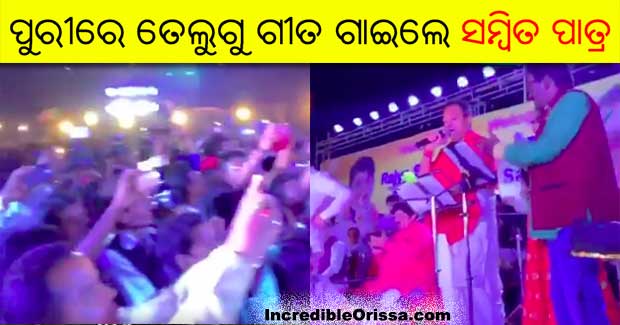