Sarala Award for 2014 year is conferred to noted Odia writer and litterateur Prafulla Das for his book ‘Banhimana’ on Sunday evening.

The book is a biography of freedom fighter Malati Choudhury.

The award comprising cash prize of Rs 2.5 lakh and a citation was presented to Das by lyricist, poet and script writer Javed Akhtar in recognition of his overall contribution to Odia literature. 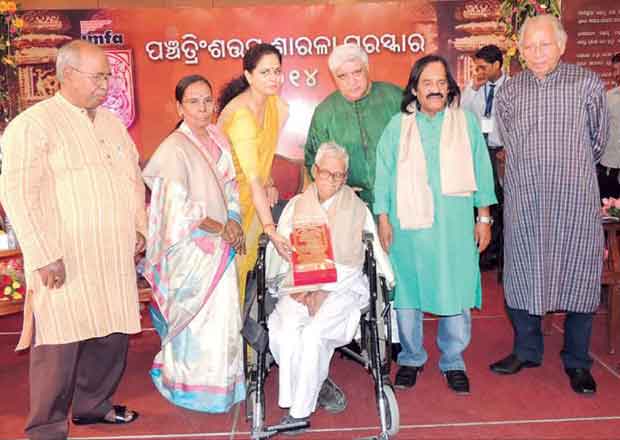 The annual Sarala Award was instituted in 1979 by Indian Metals Public Charitable Trust (IMPaCT). IMPaCT is the charitable wing of IMFA Group, the leading and the only fully integrated producer of ferro alloys in India.

Classical Odissi singer Shyamamani Devi and painter Siba Panigrahi were also felicitated for their contribution in their respective fields. They both received cash award worth Rs 1 lakh each and citations.

Sarala Award is recognised as the foremost literary award of Odisha.