Sarala Devi is the first elected woman legislator of Odisha.

For all the women activists, reformists, feminists Sarala Devi is a role model and leader. She was inspired by Mahatma Gandhi and strived hard to reform social evils and to upgrade the status of women.

Odisha became a separate province on 1st April 1936. In the 60 seated Orissa Assembly Smt. Sarala Devi was the first elected woman legislator of Orissa from Cuttack constituency from INC ticket by defeating Smt. Latika Devi with a margin of 2000 votes. She proved herself as one of the brilliant, dynamic, brave legislator in the gentlemen organisation of Orissa Legislative Assembly politics which was primarily a men’s show.

In the house she fought for the development of women education, discouraged the child mortality rate, raised voice against early marriage, Sati, property rights for widows, dowry system. She argued and succeeded in providing scholarships, free books, clothes for Scheduled Caste and Schedule Tribe students. Her advice during the second world war to control the price of essential commodities was praiseworthy.

Sarala Devi was first woman of Odisha to:

1. Join the Non-cooperation Movement
2. Wear Khadi
3. Deliver speech in INC, Karachi session
4. Represent in Nehru’s Planning Commission
5. Be a member of Senate Board of Utkal University
6. Join the educational committee constituted by Dr. Radhakrishnan
7. Be prisoner of Orissa by breaking salt law
8. Be member of All India Congress Committee
9. Be elected twice to standing committee of All India Women Conference
10. Be awarded twice by Orissa Sahitya Academy
11. Be elected as Woman Legislator of Orissa Legislative Assembly
12. Be act as a temporary speaker of Orissa Legislative Assembly
13. Be the Director of Indian Women Bank
14. Be the Vice President of Utkal Sahitya Samaj
15. Be the President of Women Development Co-operative Society
16. Be create a political consciousness among Oriya Women through her writings

Her sacrifices would not be successful unless and until the present generation takes inspiration from her achievements and idealism. Sarala Devi is an unchallenged woman leader of Odisha for all ages to come.

World’s largest Rakhi made by Odisha students with Rice 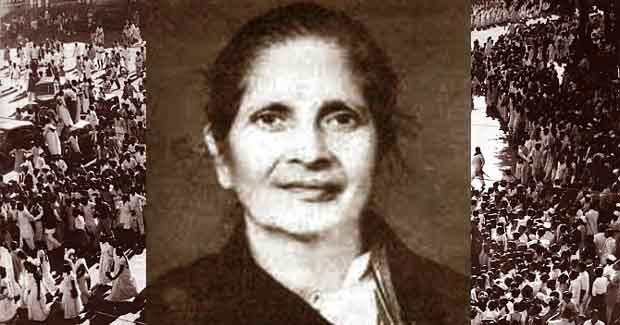