Odisha government introduced a new amnesty scheme – Regularisation of Unauthorised Construction or Sarba Khyama Yojana 2018 – for housing plan violations in several urban areas which are made against the original approved plan on legal land. The scheme will enable people to regularise constructions that deviated from the approved plans. Now residents can fill the application form from 21st June till 19th December 2018.

As per the reports, the housing and urban development department has already issued a notification in this regard. All types of buildings – residential, commercial, institutional and clinical establishments under all the 9 developmental authorities are eligible.

The government has specified two main requirements — building norms and planning norms — for applications under the scheme for residential, commercial and multi-storey buildings. The building norms, according to the BDA Planning and Building Standard Regulation 2018, contains the rules and regulations that need to be adhered to on placement of doors, stairways, lifts, ramps, corridors and refuge areas in buildings. The planning norms, according to the regulation, cover different aspects of a particular building plan, including the land area, built up area and provision for parking. It provides separate permissions for separate buildings.

Norms for residential buildings: For residential buildings with a built-up area of up to 300sqm, ground coverage should be 100 per cent. For those with built-up area between 300-1,500sqm, ground coverage should be 75 per cent. In both cases, parking facilities is not mandatory. Coverage area is not applicable for apartments. However, there has to be 50 per cent space for parking and applicants will have to obtain the consent of resident welfare associations or apartment owners’ association.

Norms for high-rises: Any kind of multi-storey buildings must have staircases with a minimum width of 1.5m. Of the two staircases, one has to be fitted with smoke extraction system and fire resistant doors. If the width of the staircase doesn’t meet the norms, the building owner will have to create a refuge area of 10sqm fitted with smoke extraction system and fire resistance doors. Corridors will have to have at least two exit doors, while the minimum width has to be 1.5m. 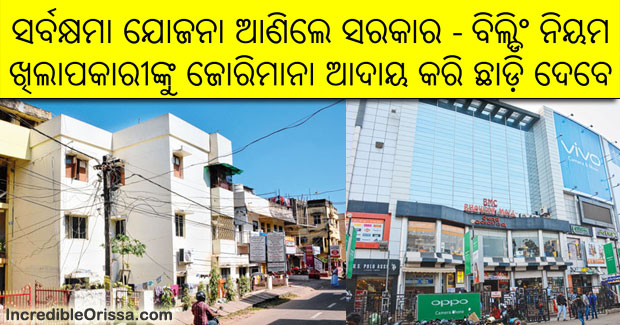