Now another Odisha boy has directed a Bollywood film and he is Sattwik Mohanty. Ranchi Diaries, the upcoming film tells the story of a young aspiring actress and model and her godfather who do whatever it takes to make it big in life.

Ranchi Diaries is a film set in a small town with Anupam Kher and Jimmy Shergill spearheading the cast. The teaser is fast paced and intriguing. In a 32 seconds trailer, we are introduced to characters who are fresh. Watch the teaser here.

Bollywood superstar Salman Khan has hailed the teaser of veteran actor Anupam Khers upcoming film Ranchi Diaries and has wished him luck for the same. 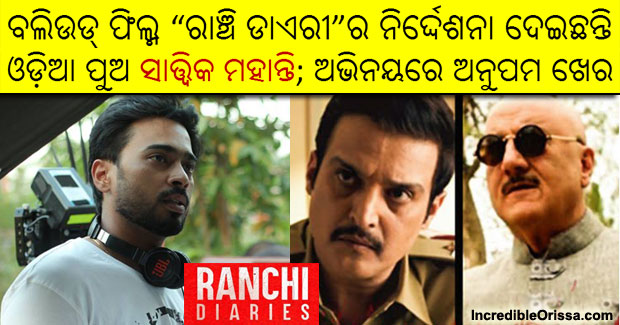