Odisha-born development and environment expert Satya S. Tripathi has been appointed as Assistant Secretary-General and Head of the New York Office of the United Nations Environment Programme.

The appointment made by Secretary-General Antonio Guterres was announced by his Spokesperson Stephane Guterres. He will succeed Elliott Harris of Trinidad and Tobago to whom the Secretary-General is grateful for his leadership and dedicated service during his tenure.

Mr. Tripathi has since 2017 served as Senior Adviser on the 2030 Agenda for Sustainable Development at the United Nations Environment Programme. A development economist and lawyer with over 35 years of experience, Mr Tripathi has served with the UN since 1998 in Europe, Asia and Africa on strategic assignments in sustainable development, human rights, democratic governance and legal affairs.

He previously served as the Director and Executive Head of the UN Office for REDD+ Coordination in Indonesia, as well as for the UN Recovery Coordinator for the US$ 7 billion post-tsunami and post-conflict recovery efforts in Aceh and Nias. He also served as Chair of the Committees on Laws and Treaties for the UN-mediated Cyprus unification talks in 2004.

Earlier in his career he served as a Senior Distinguished Fellow on Natural Resources Governance with the World Agroforestry Centre; and on the World Economic Forum’s Global Advisory Council on Forests. 12 Odisha startups to get Google’s technological and financial support 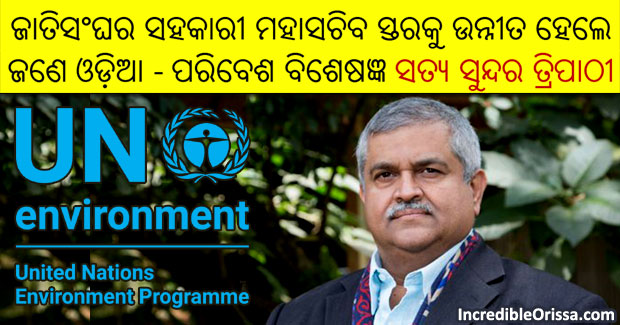