Satyajeet recorded the song, a composition of eminent singer and music director Shankar Mahadevan and sang with Sunidhi Chauhan in presence of legendary lyricist Gulzar.

Notably, Satyajeet and his father in the final stage of the Sa Re Ga Ma Pa show had to take a tough decision to quit the reality show since the wonder kid’s vocal chord was in the transition phase.

During the show even all the three judges, Himesh Reshmiya, Neha and Javed Ali regularly advised Satyajeet not to put too much stress on his vocal chord lest it might crack and get damaged.

However, accolades did come to Satyajeet from all quarters. Even music maestro A R Rehman in his guest appearance in the show had offered Satyajeet one week internship at his studio in Chennai. And then came Shankar Mahadevan’s offer. 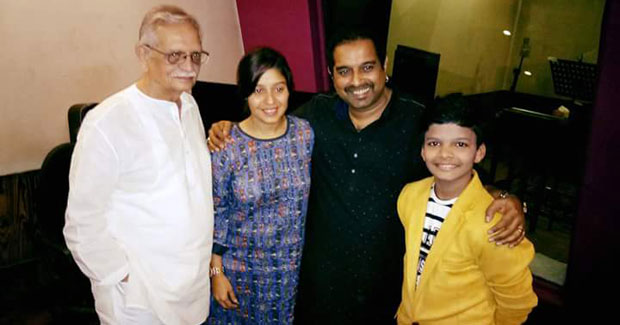