We don’t know the reasons why Satyajeet Jena not performed in 3rd June (Saturday) episode of Sa Re Ga Ma Pa Lil Champs. At the end of the episode, host Aditya Narayan announced that Satyajeet is the highest voted contestant of the show. 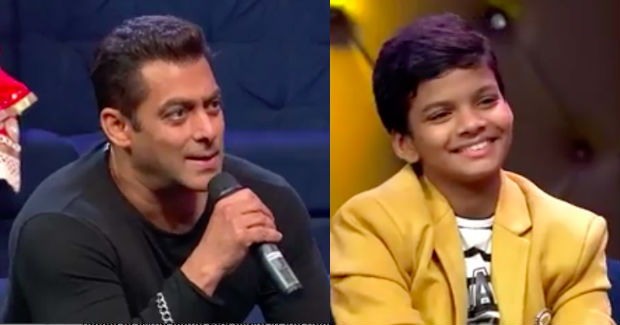 Salman and Sohail were in the best of their moods as they interacted, sang and danced with the contestants and mentors Himesh Reshammiya, Neha Kakkar and Javed Ali. Salman enjoyed listening to the his career’s best songs from the young contestants.

The episode started with Yumna Ajin, who sang Mashallah (Ek Tha Tiger). The next contestant to perform was Kolkata’s Riya Biswas, who took everyone back in time as she sang Dil Deewana from Salman’s debut movie Maine Pyar Kiya.

Jayas Kumar came next and stole the show as he sang Tan Tana Tan, a song which is known for its funky lyrics. Shreyaan Bhattacharya sang Tere Naam’s title song. Next performer of the night was Sonakshi Kar who sang Hum Dil De Chuke Sanam’s title track.

Next to come was Dhrun Tikku, who performed on Oh Oh Jaane Jaana (Pyar Kiya Toh Darna Kya). The last one to sing was Adnan Hussain. He scored a perfect 100 for singing Jag Ghoomeya despite of a bad throat.