Naina (Dangal) track is originally sung by Arijit Singh, composed by Pritam and written by Amitabh Bhattacharya. Judges of the show – Himesh Reshammiya, Javed Ali and Neha Kakkar appreciated Satyajeet’s singing. He got 94.7% votes from the jury.

ALSO WATCH: Janam Janam song in the voice of Satyajeet

Sa Re Ga Ma Pa Lil Champs on Saturday was all about mixing the old with new. So they formed pairs. One young singer from the current season paired up with an adult from the many seasons of Sa Re Ga Ma Pa. The jugalbandi sounded really interesting and outcome was melodious too.

Dangal’s little wonders Zara Wasim and Suhani Bhatnagar took the stage. They have a fun banter with everyone. The film is having its World Television Premiere tomorrow at 12 PM on Zee TV and they were there to promote the film. They become the chief guests of the show.

Satyajeet and Sachin sang Naina which didn’t work with judges who found it flat. But he got the highest votes and was saved from elimination. Zaira and Suhani then bid adieu to the show.

You can watch Satyajeet’s performance on Naina song here. 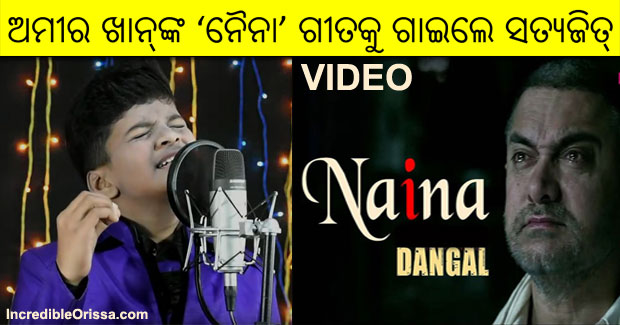