Satyajeet Jena was voted the highest by audience across the country and continued to remain in safe zone at Sa Re Ga Ma Pa Lil Champs 2017 aired on Zee TV on 10th June 2017 episode of the singing reality show.

Like previous week, Satyajeet Jena didn’t perform on Saturday episode of Sa Re Ga Ma Pa Lil Champs. At the end of the episode, host Aditya Narayan announced that Satyajeet is the highest voted contestant of the show.

Yesterday night in Sa Re Ga Ma Pa Lil Champs it was the episode dedicated to the love of the fathers. The Papa’s special episode began with Yumna’s soulful voice as she sang “Baghban” song.

Next up was Shreyan. He sang “Apne to Apne hote hai” and gathered praises from Himesh Reshamiya. Dhrun Tikku sang “Papa Kehte Hai” and the entire arena echoed with his wonderful voice

Shammukhapriya sang “Love You Zindagi” and her singing gave a new zeal to the song as well as to her fans. Next up was Riya Biswas. She sang “Ek Pyaar Ka Nagma hai” and her melody was the soothing end to our day. 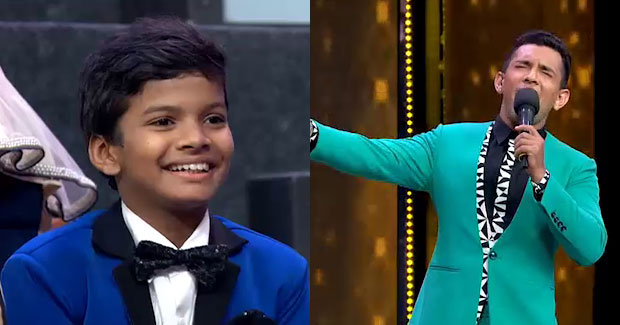