The Chief Minister also announced enhancement of ex-gratia for next of the kin of the jawans. They will get ex-gratia of Rs 25 lakh each instead of Rs 10 lakh, announced earlier, said the CM.

The villages will be made model panchayats and their schools named after them, Odisha chief minister Naveen Patnaik said after paying homage to the martyrs at the Biju Patnaik airport on Saturday afternoon.

Moreover, he declared that the state government will bear the study expenses of the children of the deceased CRPF personnel.

It is worthwhile to mention here that two Odia jawans – Prasanna Kumar Sahu of 61 Battalions of the Central Reserve Police Force (CRPF) and a resident of Shikhar village under Naugaon police limits and Manoj Kumar Behera of Ratanpur in Niali of Cuttack district – lost their lives in the Pulwama terrorist attack on February 14. 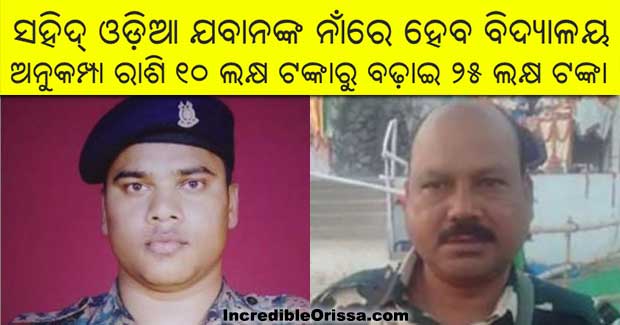