Elderly people, staying alone in Bhubaneswar and Cuttack, now need not endure the pain of visiting police stations to register their names under the senior citizen security cell (SCSC) scheme.

“I hope the online registration will immensely benefit the senior citizens. I advised the police to serve people with empathy, compassion and give top most priority to women, children and senior citizens,” Naveen said.

As per the new online registration system, users are required to browse the common application portal of the state government (www.lokaseba-odisha.in/). Police said link of the portal will also be uploaded on the home page of the commissionerate police. 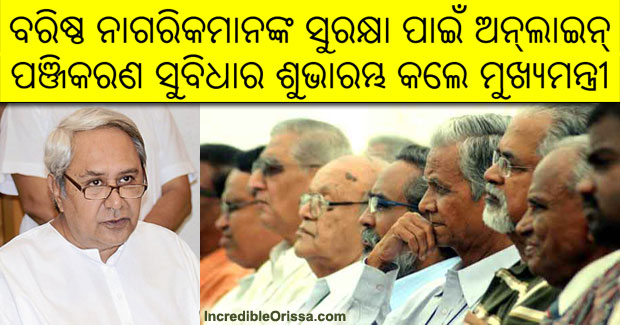