Bollywood stars Shah Rukh Khan and Akshay Kumar, among others are all set to give a power packed performance at the opening ceremony of Odisha Hockey World Cup at Kalinga Stadium in Bhubaneswar on November 27.

The 2018 Men’s Hockey World Cup will be the 14th edition of the Hockey World Cup field hockey tournament. It is scheduled to be held from 28 November to 16 December 2018, at the Kalinga Stadium in Bhubaneswar, Odisha.

According to a source who is working with the Odisha government to organise the event, said a discussion was held with the two Bollywood stars and they have confirmed it.

Shah Rukh Khan and Akshay Kumar will perform a few dance numbers to entertain the fans. This apart, a Bollywood dance troupe had been roped in to perform in the opening ceremony.

SRK’s ‘Jab Tak Hai Jaan’ co-star Katrina Kaif was also approached by the organisers but it is yet to be confirmed whether she is coming or not, the source added.

Oscar-winning music director AR Rahman, who was roped in by the Odisha government to create the official anthem for Odisha Hockey Men’s World Cup, will perform live during the opening ceremony. 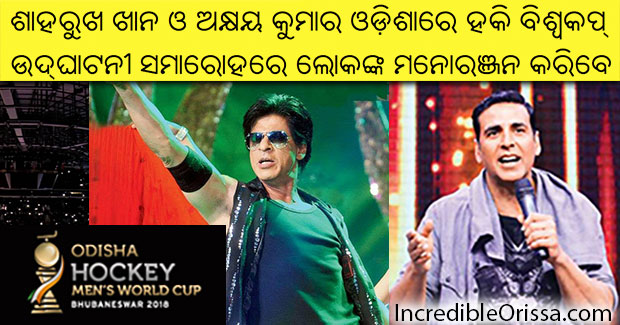