The Indian Hockey team will be cheered on at Odisha Hockey Men’s World Cup in Bhubaneswar by Bollywood superstar Shah Rukh Khan as it bids to lift the trophy on home soil later this year.

With just a few weeks to go for Hockey World Cup at the iconic Kalinga Hockey Stadium, players of the Indian team invited Shah Rukh Khan to back them during the tournament citing it as a moral booster for the title win.

Thank u sir.The pleasure is all mine & look forward to being in Odisha & millions of heart beating for Indian Hockey https://t.co/O3vGAFmC5y

SRK, who used to play hockey in his school days and also played a hockey coach in ‘Chak De’, has made it social that he would attend the opening ceremony of the Odisha Hockey Men’s World Cup Bhubaneswar 2018 on November 27. The actor, through a tweet, urged people to support hockey and Team India.

Naveen Patnaik, Chief Minister, Govt. of Odisha said, “Shah Rukh Khan is one of the greatest icons of this generation and a role model for the youth of the country. His passion for sports is in full view as he has been at the forefront of sport even as he exemplifies the sporting spirit, the grit and discipline that go into making a sportsman. Mr. Khan extending his support for Hockey will not only motivate the team but it will also catalyse the nation to join this movement for Hockey, and I thank him for the same.”

Mr. Patnaik further extended the invitation saying that the people of Odisha, worldwide hockey fans who would be in Odisha for the HWC 2018 and indeed the Kalinga Stadium look forward welcoming him, “as we cheer the finest talent and the sport at the highest level.”

Mr. Khan accepting the invitation urged all Indians to join him at the HWC 2018, saying, “My heart beats for hockey, and I will be at the Odisha Hockey Men’s World Cup Bhubaneswar 2018. Are you game?” 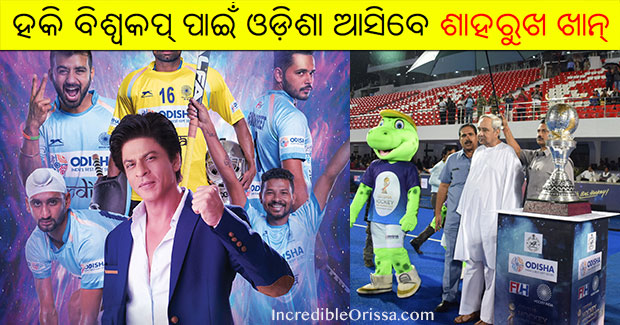